[from Wikipedia]
Going Clear: Scientology and the Prison of Belief is a 2015 documentary film about Scientology. Directed by Alex Gibney and produced by HBO, it is based on Lawrence Wright‘s book Going Clear: Scientology, Hollywood and the Prison of Belief (2013). The film premiered at the 2015 Sundance Film Festival in Park City, Utah. It received widespread praise from critics and was nominated for seven Emmy Awards, winning three, including Best Documentary. It also received a 2015 Peabody Award and won the award for Best Documentary Screenplay from the Writers Guild of America.
The film deconstructs the church’s claims by presenting a condensed history of Scientology and its founder, L. Ron Hubbard, examining how celebrities interact with the church, and highlighting the stories of a number of ex-members and of the abuse and exploitation that they described seeing and experiencing. The Church of Scientology responded vehemently to the film, complaining to film critics about their reviews and denouncing the filmmakers and their interviewees.
Going Clear was released in a limited number of theaters on March 13, 2015, and aired on HBO on March 29, 2015. It was a major ratings success and by mid-April 2015 had attracted 5.5 million viewers, making it the second most-watched HBO documentary in the past decade. It was subsequently released internationally, showing in theaters and on television despite a sustained campaign by the Church of Scientology to block its release. 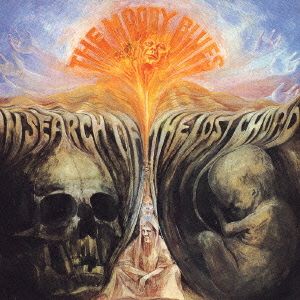 END_OF_DOCUMENT_TOKEN_TO_BE_REPLACED

204 mph in the draft. Only 4 cars would finish the race.  Should have been called the Busch Crash! Erik Jones wins,  Chase Elliott came in 7th.

I watched “Son of Kong” on Svengoolie tonight.  They travel back to Skull Island looking for treasure where they find little Kong. The Sven additives to the movie help it along.  I would give it 1.75 out of 5.

[From Wikipedia] Son of Kong (also known as The Son of Kong) is a 1933 American Pre-Code adventure monster film produced by RKO Pictures. Directed by Ernest Schoedsack and featuring special effects by Buzz Gibson and Willis O’Brien, the film stars Robert Armstrong, Helen Mack and Frank Reicher. The film is the lesser-known sequel to King Kong and was released just nine months after its predecessor.

Snowed a lot at Tim’s house in Roswell,  Georgia